The Day After Tomorrow (China)

Action and survival in a post-apocalyptic world 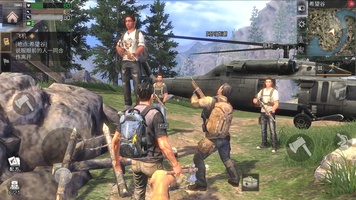 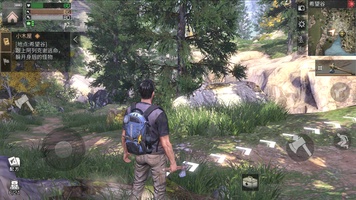 Advertisement
The Day After Tomorrow, the chinese version of LifeAfter, is a 3D action and survival game where you get to play one of the few survivors left standing after a zombie apocalypse. You'll have to look for shelter, create defenses, collaborate with other survivors and, of course, fight against tons of monstrous creatures.

Before starting to play, you can create your own character, choosing between a good handful of customization options. You can choose if you want to play as a man or a woman, and customize your outfit, type of hair, and face. Plus, you even get to customize your pet dog.

The controls in The Day After tomorrow are simple. In the left part of the screen, you have the virtual joystick for movement, while on the right, you'll find the action, reload, and jump buttons. You also have a mini-map on the right side, which is really important so you know your position at all times, along with a shortcut to your weapons and tools.

In The Day After Tomorrow, you can build tons of useful tools using different materials like rocks, wood, or hemp. You can make axes, knives, picks, traps, walls, and much more. Also, you can use all sorts of weapons like shotguns, machine guns, bows, and handguns.

The Day After Tomorrow is an excellent 3D survival game that, despite having a strong online component (allowing you to create alliances), it still lets you play at your own pace, fighting mostly against monsters. The game's graphics are also really great and can be adjusted however you please.
Reviewed by Andrés López

In Spanish when n

Similar to The Day After Tomorrow (China)